History of Theatre in the Český Krumlov Region 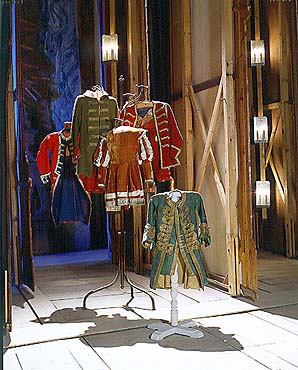 Theatre was already part of the culture as well as the life of the population of the Český Krumlov region in the Middle Ages and especially in religious ceremonies, ecclesiastic and popular celebrations and plays. The Easter plays showing Christ's life were already played in the 14th century in the Zlatá Koruna monastery.

From the 15th century rather secular theatre plays started to take off among common people. Their actors were mostly the jugglers acting out different events. Plays played in the castle, in the Jesuits college and also later in the town theatre in Český Krumlov contributed especially to an enrichment of the theatrical culture of the region (see History of Theatre in Český Krumlov).

In the 17th and the 18th centuries the theatrical plays played for common village people were based on the puppet plays, ceremonial scenes connected to Shrovetide, harvest festival, etc. and on Christmas and Easter plays. 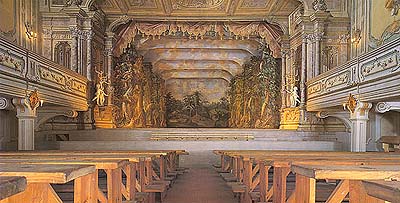 In the 19th century - at the time of the National Revival - the first Czech amateur theatrical clubs were established. These clubs that began their activity in the region with national-mixed population quite late - in the forties and the fifties of the 19th century - used to be the meeting centres of the Czech patriots and were very important for the development of the nationalist movement. Simultaneously similar German clubs were established beside the Czech theatrical clubs. Amateur clubs played in Český Krumlov, Horní Planá, Křemže, Vyšší Brod and Zlatá Koruna. Some of them ended their activity in 1938 - 1939, some of them after World War II. 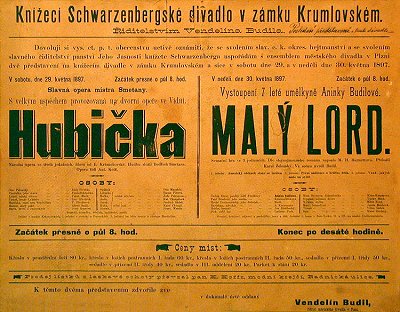