The Vltava river is the natural axis of the southern half of Bohemia. The source of the river is in Šumava under the Černá mountain at a height of 1,172 metres above sea level. First of all it flows south-east and on the border of the Trojmezenská and Českokrumlovská highlands it turns northwards. The length of its flow to the mouth of the river to the Labe river near Mělnik is 430.2 km. Down to Český Krumlov it has a catchment area of 1,339 km2, the whole basin of the Vltava river is 28,090 km2. In the town of Vyšší Brod the average long-term annual rate of flow is 13.6 m3s-1, in Český Krumlov 18.5 m3s-1, the highest registered water level measured on a water gauge in the town was 432 cm, the lowest 61 cm. The highest rate of flow recorded here was 210 m3s-1 (in May 1949) and the lowest recorded 1.7 m3s-1 (in December 1934). In Praha the average rate of flow of the Vltava river is 145 m3s-1 and at the mouth of the river to the Labe river the rate of flow is 150 m3s-1. 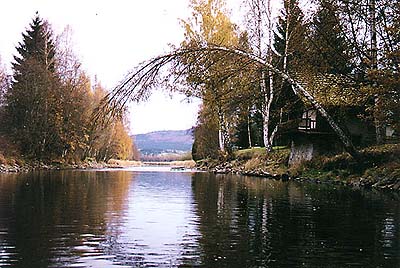 How did the name Vltava come about? It is derived from the Germanic Wilth-ahwa (wild, strong water). Today's German name Moldau has been taken from the Czech language in the 13th century ( at first as Moltaua). The name of the river changed quite often in the past: the Chronicles of Fuldek from 872 give the name of Fuldaha. The chronicler Kosmas (1125) calls it Wlitawa, notes from the Břevnov monastery (1260), Wltaua. Later the names Wltawa, Whltawa, and Wulta change. Pavel Stránský from Zhoře writes Hltawa. The generally used Czech name Wltawa is dated continuously up to the year 1680. 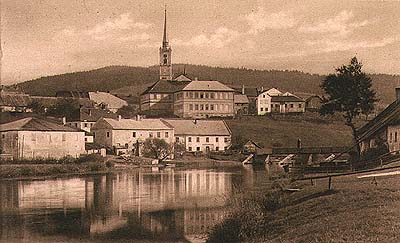 In the Middle Ages, the river's most important function was for navigation. During the colonisation of the country, the need for timber for the building of towns and castles grew, this was supplied by floating it down the river. This timber came from the Vltava forests in the southern and south-western parts of our country. To use the flow of the river for rafting purposes, it was necessary to arrange safe navigation of the river, which at times caused some problems and conflicts. Later on even the transport of salt became important. 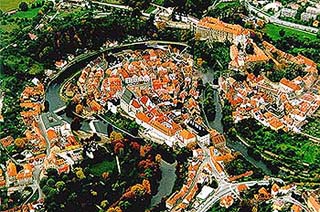 Salt was transported on the river up to the middle of the 16th century, first of all in barrels on boats, from České Budějovice or Týn nad Vltavou to Praha. If the boats were empty and not used for transportation on the lower part of the Vltava river or on the Labe, it was necessary to bring them back by being towed by horses. This was quite a demanding and lengthy process, so preference was given to the transport salt on rafts.

Traditionally, the biggest hurdle to navigation were the Svatojanské currents situated above Praha. The section of river went through the estates of the Strahovský monastery in Praha, which they obtained in the second third of 17th century. The abbot of this time, Kryšpín Fuka, arranged the partial navigation of these currents. At the onset of his idea, he asked a painter in Praha, David Altmann from Eidenburg to draw a panorama of the section of the Vltava river from Praha to the Svatojanské currents, later this drawing was to become well known. The steps of abbot Fuka most likely inspired emperor Ferdinand III, to publish a mandate in which we can read:

"We order you, with a view to helping the poor Czech kingdom, to offer the use of the main Vltava river excessively for navigation purposes, and demolish without pardon the obstructing weirs, mill houses, trees and rocks."
(Ferdinand III., 1640)

In 1724, professor Jan Ferdinand Schor travelled through the centre section of the Vltava river and presented a project for its navigation. He suggested the building of the first two locks on the river. Preference was given to navigation by the sovereign after a further period:

"Our legislation looks on navigation and rafting as one of the most important facilities in the public's interest. It permits the utilisation of the water, only if it does not interfere with navigational purposes." (Navigation patent, 1772).

Erbert's valuable map of the Vltava river originates from 1777, illustrating on 41 pages the section between Praha and České Budějovice. The upper section of the Vltava river was intended to link the Dunaj with the Vltava river in the 19th century. Research into the feasibility of this project was carried out by a well known engineer of that time, professor František Josef Gerstner He showed that it was possible to build a canal, but it would not be financially viable and suggested as a better solution, the building of a Horse-drawn Railway between České Budějovice and Linz. 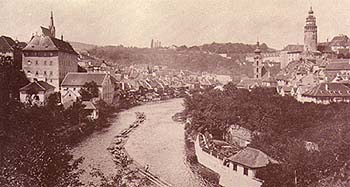 The presentation of suggestions for connecting of the Dunaj and Vltava rivers, as well as plans for a reservoir for supplying water to the canal never ceased. Apart from navigation of the Vltava river, there were also ideas for the utilisation of the river for supplying power. Even before this in 1896, in the Czech kingdom, a Commission for Canalisation of the Vltava and Labe rivers in Bohemia was set up. It published annual reports of its work, from which a note appeared for the building of a navigational Dunaj - Vltava - Labe connection, it was mentioned in the project of a South Bohemian businessman Vojtěch Lanna, to construct a canal from the Dunaj river to České Budějovice and a suggestion of canalisation (building of a cascade of dams and weirs) from České Budějovice all the way to Praha. The suggestions for this canal link were lost in the legislation of water-ways, which was accepted by the Austro-Hungarian Empire in 1901, which pushed the project aside and gave preference to other, more important and financially viable projects for the Empire. 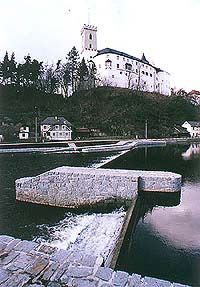 In later years, planning continued to build a canal alongside the flow of the river, specifically along the valley of the Vltava, which would overcome the difficult section between České Budějovice and Štěchovice. Plans were supplied for the building of locks on the river. Later on more realistic projects also included hydroelectric power stations. At the beginning of the 20th century, Ing. František Radouš presented a plan for the building of a dam with a ferry boat near Štechovice. Another well known specialist Ing. Josef Bartovský, presented a suggestion to build four cascades on the central part of the Vltava river, from which the dams of Vrané and Štechovice were later realised. A detailed scrutiny was given to the projects by the then Head Office of the Waterways Development in Praha and after the setting up of Czechoslovakia, there were also suggestions for the building of Štechovice dam and with it related projects (project of the Head Office of the Waterways Development, project of Ing. Kobza and project of Ing. Záruba - Pfeffermann).

Later on, in the fifties and sixties of the 20th century, cascades were built in Slapy, Orlík, Kamýk, Lipno I and Lipno II (in Vyšší Brod). In the eighties smaller cascades were completed in Modřany nad Prahou, Hněvkovice near Týn nad Vltavou (mainly for the supply of water to the Temelín nuclear power station) and the town of Kořensko, lying below them. The importance of all this work was mainly due to the reasons of energy supply, but they also had a dual function, they offered protection against floods as well as recreational facilities and an improvement of the flow of low water in canals in the lower section of the Vltava river, for the purpose of water supply and shipping. The navigational structures above Štechovice were not completed.

The suggested building of cascades on the upstream of the Vltava river - at Dívčí Kámen, Rájov and Český Krumlov also did not take place. The building of these cascades is not planned at present, as their building was motivated especially by the hydroenergetical utilisation of the river. 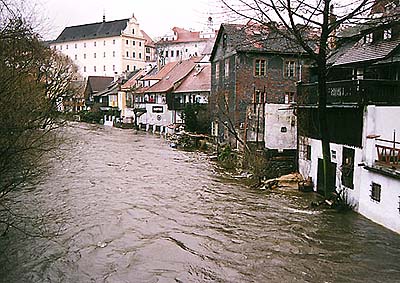 Further information:
History of Rafting in the Český Krumlov Region
Boating on the Vltava river