History of Music in the Český Krumlov Region 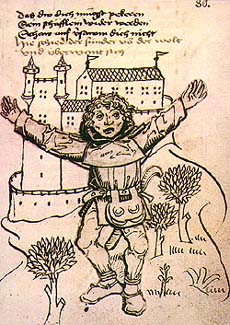 The natural centre of the region - Český Krumlov - was not always its only centre of culture and in a strict sense its centre of music. Český Krumlov could become such a centre in connection with higher cultural demands and needs of the aristocracy and the town´s inhabitants.

On the basis of various sources we are able to prove the beginnings of the music life of the town from the 14th century. At that time a parish school already existed here and because of it also choral-singers, a boys´ chorus, that took care of church singing. Literary brotherhood was also there at the end of the 15th century. From the middle of the 15th century it is possible to follow the musical life of the Rosenberg court. The famous Rožmberská muzika (the Rosenberg Music) established by Wilhelm von Rosenberg was at its peak in 1552.

Some time later the existence of the Eggenberská kapela (the Eggenberg band), the Schwarzenberg brass harmony, the hunting music and garnet band and especially the activities of the castle theatre on the side of castle and the existence of the choirs of St. Vitus church and the monastery church and foundation of the town music school in 1780 on the side of the town could be considered as significant musical activities. (History of Music in Český Krumlov). 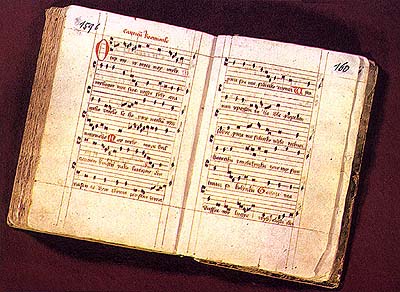 But the Cistercian monastery in Vyšší Brod (established in 1259 by Wok von Rosenberg) and the Zlatá Koruna monastery (established by king Přemysl Otakar II) were the first music centres in the region. Especially the Monastic Library in Vyšší Brod contains significant music and music theory sources from the 13th to the 16th centuries. 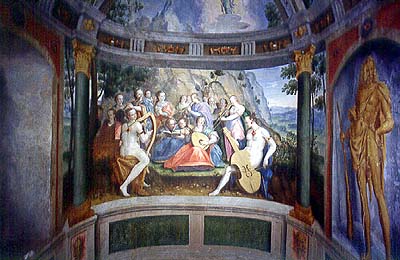 It was not until the 18th century that we could follow the musical life around the parish churches in the countryside. A teacher, who also played the organ, was its 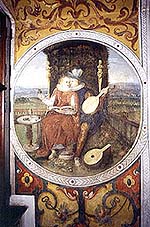 backbone. Some of the teachers also composed music, for example Antonín Borový from Zlatá Koruna (1755 - 1832) or Jan Nepomuk Maxant from Frymburk (1755 - 1838). Preserved collections of sheet-music from the choirs of the parish churches from Chvalšiny, Kájov, Vyšší Brod and Zlatá Koruna are the evidence of a busy musical life at the turn of the 18th and the 19th centuries.