History of Waterworks in Český Krumlov

Long after its foundation, Český Krumlov depended on the Vltava river and wells as the only water sources available. (see Fountains and Watering-places in Český Krumlov).

The first mention of a municipal water supply appeared in 1443 when Ulrich II. von Rosenberg rebuked the municipal council for insufficient function of both the wooden fountain and its water supply. According to a record by archivist Václav Březan from 1577, burghers were building a new fountain at municipal costs, and water supply was probably led out to it from a municipal pond above Horní Brána (cz. Upper Gate). 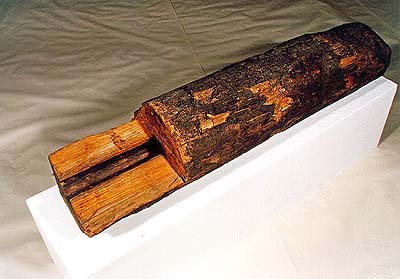 Water supplies for drinking water were constructed in 19th century. The oldest one was situated in the municipal forest in 1889, then at Holy Spirit in 1895 and then in Krásné udolí in 1905. The last one was built in Pod kamenem in 1906. However, the water was not of much quality.

As general construction expanded after the 1st World War, municipal council decided to built a new water supply led from Kleť that would be able to provide enough water for new buildings and suburbs as well. The project was compiled by Rumpel Comp. from Teplice - Šanov and some negotiations were held with the Schwarzenberg Castle on water sources utilization on the slopes of Kleť. The contract on 19 sources utilization was entered in September 7, 1929. In 1928, water source arrangements and other preparational works related to the bid cost the town hall 430.000 CZK.

According to the project, the water supply was to provide 8,337 residents, 2,342 heads of cattle, 33 pubs, 25 small shops, a slaughterhouse, a hospital with 140 beds, municipal bath, dairy and a brewery with an annual production of 20,000 hectoliters of beer with drinking and utility water. The consumption was estimated in 570 square meters daily which corresponded with source substations of 6,5 liters per second.

Water was to be taken out of two springs and then led down through main collectors into a reservoir, and then through supply piping to the consumer. One of the springs was to be in Blanský forest on the southern slope of Kleť Mountain. There were 19 main springs and several backups. A second spring was to have been located on municipal forest territory south-east of town. 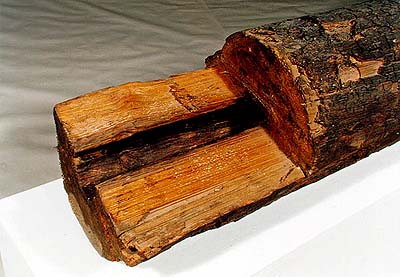 Water was examined by means of bacteriological and chemical tests carried out by the Food Control Institute of German University in Prague. Since some of the springs produced water containing a significant amount of carbonic acid, there was a need for an anti-acid station. Given the fact that the project budget was estimated on total 4,700,000 CZK, the council decided to cancel such an expensive construction and build a drawing station that provided part of the town with water from a pit in Rozsyp.

In 1938, while the town was occupied by German Nazis, there was a need to supply the new German barracks with water. Current sources were insufficient already, so the German Military Administration decided to build up a new water supply according to the old Rumpel's project with just a few changes. The construction started in 1939 and was put into operation in February 1940. As a municipal water supply it served almost for 35 years. Nowadays, drinking water is supplied from Římov Dam.