Description of the Building:
One-storey building on the side of a hill with a lowered ground floor and a wooden gallery. Access by staircase.

Architectural and Historical Development:
The layout of the first floor contains oval barrel vaulted hall with set square sectors in the middle of one wing. On the sides are rooms with flat ceilings. The west one has a cavernous plaster mirror on the ceiling. The ground floor is arched with oval vaults with sectors on the west end. On the east end there is a with four-square post with cornice capital and sectors in the middle. The post is covered by a division wall. The building was created in 15th or at the beginning of the 16th century and was adapted classically. Further adaptations took place in 1891, 1928 and 1942. In 1962 the house went through reconstruction.

Development of facade:
The Middle Ages phase did not appeared while the probing was being done. The east facade was covered with graffito facade and some decorative motives in the Renaissance period. There is a possibility that an east and west part were separated by the open space in that period. The building was unified, and a white-and-red and white-and-grey-coloured articulation was done in the Baroque period. It even covered the graffito part of the facade. In the Classicism period the rizalit was built in a south facade and the shape of the building was designed as it can still be seen at present.

During the 19th century a green-and-white, ochre-and- brown and grey-and-white-coloured scheme was used. In 1962 the facade was designed up to the today´s state. In comparison with other restoration work of historical buildings done in a town of Cesky Krumlov in 1960s, it is surprising that older plaster layers were respected in a high degree. 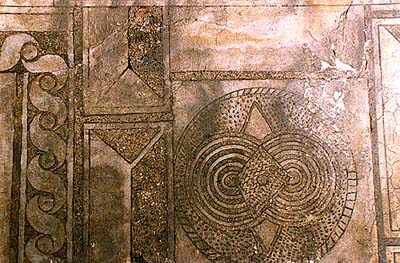 History of the House Residents:
In the 16th century, the owners of the house included different craftsmen, such as a blacksmith, a city teamster, and a currier. In 1618, a currier, Kašpar Khersten sold the house to another currier, Valentin Bauch. Three years later, the house was purchased by a butcher, Matyáš Mulačka. In 1665 a currier's trade was conducted in the house again, Tobiáš Leder and Bartoloměj Hauer, who owned the house from 1679 - 1723, coloured tan leather to red. Until 1735, a tanner, Vít Par or Payer conducted his trade in here. In 1743 Karel Lederer occupied this house and ten years later sold half of the house to Tomáš Skerle. The second half was sold in 1768 to František Bauernfeind, who in 1762 acquired the half owned by Tomáš Skerle, and reunited the house again. After 1787 in the house changed owners a few times. In 1891 the house was bought by Matyáš Bauernfeind, whose family resided in the house until 1891, when the currier's workshop was liquidated. 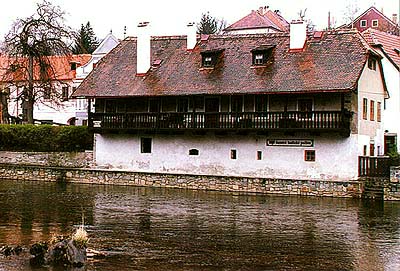