Description of the Building:
Ground floor building from the end of the 19th century, with facade on the side of a hill. Rear three-floor facade with rizalit. Premises inside have flat ceilings, vaulted into beams. Not very remarkable from an architectural point of view. 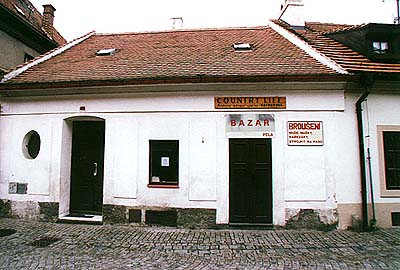 Architectural and Historical Development:
The oldest objects on the allotment were stables in the 17th century (mentioned around 1666 and 1739). In 1830, Pavel Lederhofer bought a wing of the house next door, Rooseveltova No. 38 from Josef Kallistl, which became a single house (No. 40). In 1893 radical adaptation into present appearance, with minimal usage of the old walls.