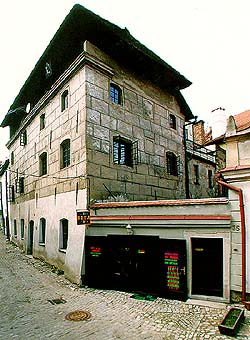 Description of the Building:
Three story building with a sgraffito facade, small gallery under the roof and a double-pitched shingle roof with hips. There is a sign with a hammer and a mallet between the second story windows.

Architectural and Historical Development:
This is a late Gothic house that was rebuilt during Renaissance. It was modified and modernized between 1952 and 1954.

Significant Architectural Features:
Remarkable is the sgraffito facade and the Renaissance interior layout of the first story with its central hall with a stairway and side rooms with barrel vaults. Part of the second story also has barrel vaulting. 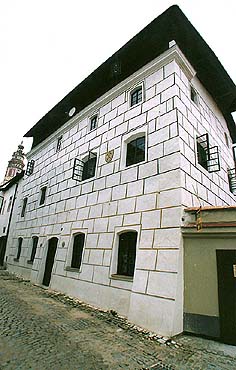