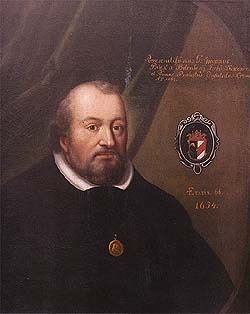 He came from a yeoman catholic family and was educated in Jesuit school. After being consecrated as a priest, he worked as a vicar and dean in Chrudim, Kutná Hora and Stará Boleslav. At the wish of the Jesuit order he came to Český Krumlov in 1642 and worked there as the priest and the prelate. After the Battle of White Mountain, when the Czech element stepped into the background, he consistently enforced using the Czech language during sermons in the St. Vítus Church in Český Krumlov, in a parish school and also in official communication. He was also renowned in asserting the rights of the Czechs in the predominantly German-speaking town. In 1934 the Czech minority in Český Krumlov unveiled his memorial plaque in Prelature no. 155 house, but the plaque was taken down in 1938. It was restored again in 1997. 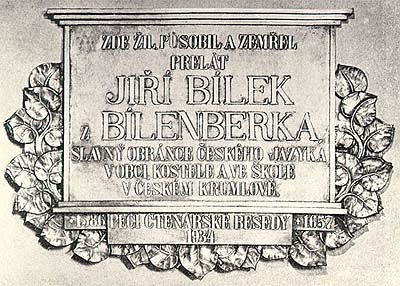