The Extinct Parish of Kapličky 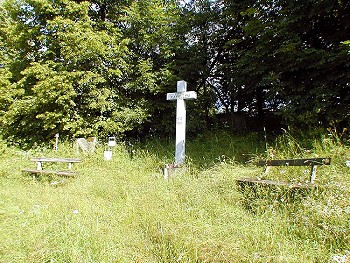 The first known parish priest came to the parochial district of Kapličky from the monastery of Vyšší Brod on 15 September 1377. The church of St. John and Paul was built on the top of the hill at an elevation of 950 metres. The location is called Stranwald Forest. In 1530 the Cistercian monastery of Vyšší Brod made a registration of its property, and the parochial district of Kapličky was mentioned as a magistrate´s house. It was in charge of a huge area between the right Vltava riverside and Austria border. In 1530 twelve districts and seventy-one farmsteads pertained belonged to the magistrate´s house of Kapličky. There was the only big farmstead in today´s Loučovice. On 12 December 1574 the magistrate´s house of Kapličky was reverted and property could be inherited freely. In 1579 there is a first written statement about the glass works of Kapličkyand the school establishment in 1587. 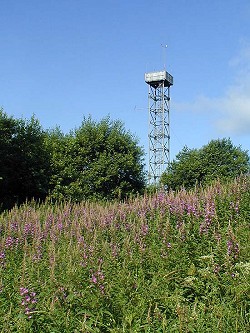 In 1713 and 1714 there was plague, an extremely infectious and deadly disease, in the surroundings of Kapličky. People took the watch not to let any strange people in the district of Kapličky. For example, Ch. Thanner and A. Nägel were paid 10 kreutzer for the plague watch. There is an interesting report dating from 1723. The Prague court heard a case between the monastery of Vyšší Brod and the district of Kapličky. The labour diary became the direct proof. The facts proved that children and old men performed peasants corveé. Statutory labour was cancelled in the whole monarchy in 1775 but in 1786 in the district of Kapličky. Labour taxes were cancelled on 19 August 1803. What about a school of Kapličky? It was a wooden building with a goat-shed added to it. Teachers kept a goat and a cow there. The church was also built up. In 1643 three lateral altars were consecrated and the main altar of the Virgin Mary was consecrated in 1790. 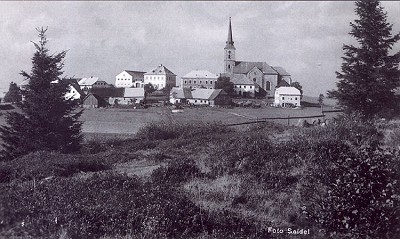 At the end of the 19th century the old church had been demolished, and the new one was built up. It became the dominant of the district. It was designed in the late Roman style by Karl of Vyšší Brod. On 11 June 1896 the church was consecrated. The nave was 23 metres long and almost 12 metres wide. Four bells were placed in a 50-metre high tower. The main altar was made of poly-chromium wood and carved by Riffesser, a wood-carver. The statues of St. John and Paul were placed in the middle of the altar. The church had already been consecrated to them in 1377. The lateral altars dating from the 17th century were brought there from the monastery of Vyšší Brod. The tower clock was made by Johann Krammer, a clockmaker, and Wenzel Hutter, a smith. Both of them came from the district of Kapličky. The oldest bell was made in 1590 and another known bell in 1618. The family of Hutter ran the vergership in Kapličky from 1854 to 1946. They lived in house No.17. the family of Hutter organized funerals in the local churchyard. 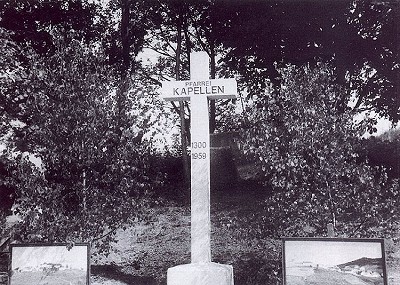 "Natural law" was valid in the district of Kapličky. If a farmer burnt out or was affected by any other disaster, every farmer had to give him straw or timber wood to build up a new roof. The district of Kapličky reached postal services in 1898. Karl Hutter, a carpenter, delivered post from Kapličky to Vyšší Brod and back twice a week. Later his son took it over. The postal agency was established in 1940. The school of music was open in 1905 but the group of musicians had already been there before 1900. The fire brigade existed at the beginning of the 19th century. They had a two-wheel and four-wheel fire-extinguishing cart. Gerard Bitzan, a teacher, came to Kapličky in 1927. The school modernization is closely connected with his name. He also gained recognition for the development of tourist trails being marked. Gerard Bitzan and his pupils also marked the tourist course leading from Vítkův Hrádek through Kapličky to Sternstein (Austria). In 1927 amateur private theatricals started to perform regularly in the district of Kapličky. P. E. association was established in Kapličky in 1934. Let´s stop talking about the extinct district of Kapličky optimistically. Will the life come back there again. Is there any hope that 4 June 1959 will not become the last day of district history.

Further information:
History of the Vyšší Brod Region
The Extinct Parochial district of Rychnůvek
Ecclesiastical Objects in the Český Krumlov Region
Vítkův Hrádek
Loučovice
The extinct communities and settlements in the region of Vyšší Brod