History of Tourism in the Český Krumlov Region

Český Krumlov, its surroundings and also the entire Šumava are one of the traditional places, that gained the interest of many people, who are looking for beautiful countryside and historical monuments, travellers on bicycles, by train, by bus or a car, people with boats, skiers and hikers. Tourism was - and basically until nowadays is - a travel for pleasure, to satisfy the interests and to refresh the entire body and mind. It started to develop first in the middle of the 19th century as a travel of people's free will, with thirst for a bit of adventure during searching for almost unknown areas. 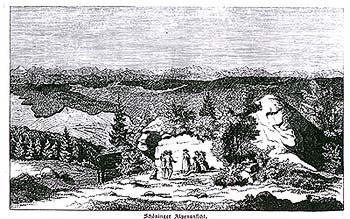 In the atmosphere of social development supporting the collective life style of all kinds, the tourism stopped being an individual matter and started to grow as the activity of clubs. The Austrian Tourism Club already existed in the year 1869 in the Austro-Hungarian Empire. From 1888 there had been the Club of Czech Tourists in Praha. It united branches from various places of all Bohemia. The German Šumava Association was effective in Šumava from 1884. Its seat was in České Budějovice.

The Clubs issued tourist publications, maps and established their own hostels. They had contacts with chefs of hotels and restaurants who supplied the unionised tourists with cheep beds and pension. They negotiated discounts on train transportation with many railroads. The Clubs also printed detailed guides of countryside with descriptions of anything remarkable from the point of view of nature, history, architecture, regional customs and habits, and people's life style. The members of Tourist Clubs initiated marking of dozens and hundreds kilometres of footpaths. They commenced to landscape parts of hardly accessible terrain. They constructed routes, footbridges, tourist lookout-towers, and the so-called mountain cottages. 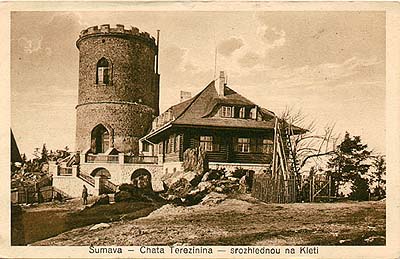 The Club of Czech Tourists is somehow connected with the foundation of the hotel Růže in Český Krumlov - "from a lot of complain and moaning, the need for a better hotel for Czech tourists was obvious...". The inauguration of the hotel came a reality on September 3, 1889. It became a place not only for Czech tourists but at the same time a centre of the Czech minority in the city and its environs. Nevertheless the Český Krumlov Section of the Club of Czech Tourists was established no earlier than after World War I, on May 12, 1920. The representatives of the Czech minority, JUDr. Vladimír Šmirous, a lawyer, and MUDr. Josef Kulich, a general practitioner-doctor, were the co-founders of the Section. The Český Krumlov Section of the Club of Czech Tourists had 101 members in 1930. They used to take care of 256 km marked routes and the tourist hostel in Český Krumlov. They organised trips and supported the organising of excursions for students. In the winter time, there was a skiing school for both beginners and advanced and trips for skiing. The issue of a tourist guide of Český Krumlov and its surroundings was printed thanks to the Český Krumlov tourists in the year 1936. The noteworthy part of the guide was a map of the town drawn by Jan Nekola, an engineer, and a still unique sketch of cylindrical lookout from Kleť by Josef Karták. 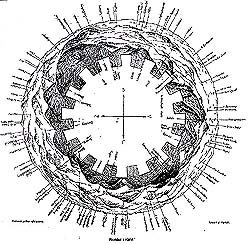 After World War II, the tourism lovers came together and already on March 27, 1946 established the Section of the Club of Czech Tourists. Jan Candra, a secretary from the period before the war, became its president. The other persons on the board were, for example: Erik Sterzinger and the painter Bohuslav Coufal. Thanks to Mr Coufal, the Publicity Department was set up in one house of Latrán No. 81 in April 1947. One of the active members was professor František Navrátil, an archivist, the author of the first post-war tourist guide. The number of the Section's members exceeded the number from the period before the war and reached the total of 142 adults and 83 young tourists in the end of 1947. The interest in the visiting of Český Krumlov and Šumava increased. In the year 1947, based on the statistical figures, there were 22 thousand visitors of the castle and town. Among them almost half were foreigners. The Český Krumlov Information Office of the Club of Czech Tourists acquired souvenirs and post cards. Since July 1947 it has moved to the city centre. Its location is at the Town Hall building on the main square.