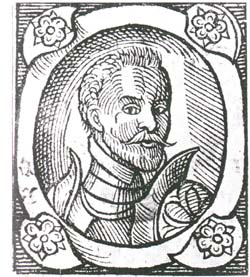 A son of Heinrich von Rosenberg and Eliška of Kravaře, he was drawn from his youth to the ideas of the Hussites. In 1420, however, he was already defending the interests of the aristocracy and Zigmund of Luxembourg. Fear of the growing influence of the Hussites in the South of Bohemia led him to a siege of Tábor, albeit unsuccessful, and through this he became a fierce supporter of Catholics and a Hussite antagonist. After the Hussite wars he led the Strakonice union of Catholics and he became a very strong candidate for the future Czech king against Jiří of Poděbrady. He tried to "improve" his political authority by falsifying royal documents. He spent the rest of his life in seclusion at the Dívčí Kámen castle and in Český Krumlov. His daughter was Perchta von Rosenberg, who is traditionally identified with the "White Lady" of Rosenberg.