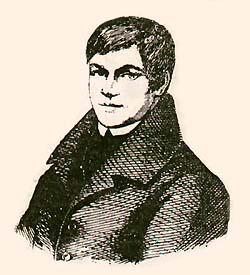 He was born in a baker family in Velešín. During his studies on a České Budějovice secondary school he met František Ladislav Čelakonský who became his friend and they supplemented each other in their literary writings. As a nationally thinking priest he served in Klokoty by Tábor. Under the very strong national influence he adopted a new name Vlastimil. In his revivalism activity he similarly to F. L. Čelakovský collected the Czech folk poetry and the church songs. He published his own poetry mostly through magazines and almanacs. He died in 36 years of age before his literary talent could be developed.