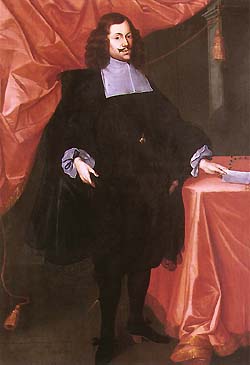 As an imperial councilman, in 1683 he took part in a diplomatic journey to the Vatican to inform Pope Urban VIII that Ferdinand III had been elected by the Roman King. For the trip he ordered the so-called Golden Carriage made for himself in the workshop of Giuseppe Fiochinio in Rome. He never settled in the Czech community and spent most of his time in Switzerland busy with political activities. Johann Anton had two sons named Johann Christian I. von Eggenberg) and Jan Seifried and so his family divided into two branches - Czech and Styrian.