In 1602 - 1622 the Český Krumlov estates were under control of Habsburgs via purchase. In 1620 emperor Ferdinand II. also gained the Rožmberk estate when the the noble family of Švamberks was punished by forfeiture of their estates for their participation in the uprising of the Czech aristocracy. Under the rule of Ferdinand II, huge transfers of estates occurred in the Český Krumlov region. The Rosenberg estate was given to a commander of the imperial army Karel Bonaventura Buquoy in 1620 for his service, while Český Krumlov was given to Johann Ulrich von Eggenberg in 1622 who served as a diplomat in Ferdinand´s service. 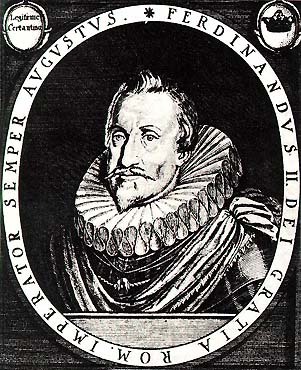 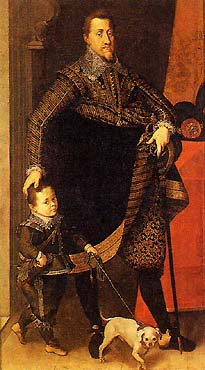