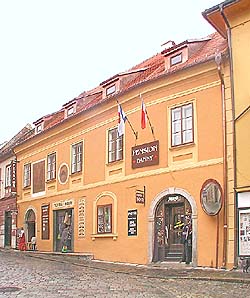 Description of the Building:
Two story house with stone door lining and two paintings on the facade.

Architectural and Historical Development:
This is a late Gothic house that was reconstructed during Renaissance. The facade was modified during the second half of the eighteenth century. Sgraffito was discovered under the current plaster layer. The first floor has an asymmetrical layout and there are rooms with several types of vaulting on both floors. Originally, the house was adjacent to the inner fortification gate.

Significant Architectural Features:
There are fragments of two paintings on the facade; one of the paintings depicts a hat. There is a Baroque mural painting of St. Sebastian and Florián. The hat on the facade is because hatters lived in the house during the seventeenth and eighteenth centuries. The paintings were restored between 1965 and 1966. 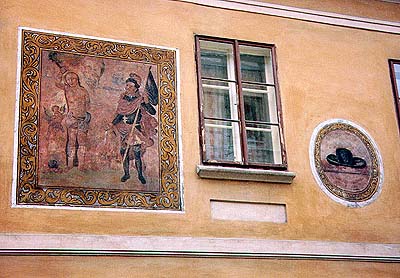 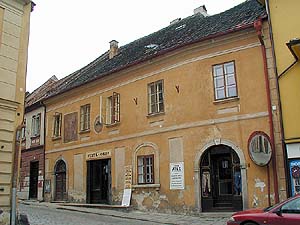