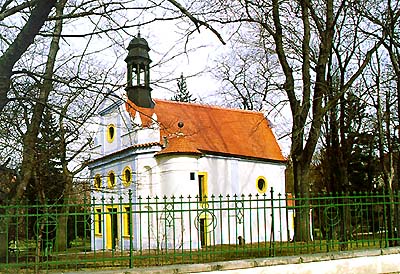 Description of the building
A one-nave oblong building with a three-sided presbytery and an axial eastern sacristy. Three-axial western facade with rounded corners is topped by a shield gable with volutes and niches cut inside the round corners. Facades are divided by pilasters and the sacristy by pilaster strips. The eastern end of the chapel is decorated with a replica of the western facade. The ceiling is flat and has two stucco mirrors within the presbyter and nave. Nine shabby granite gravestones from 18th century lay on the path that leads to the chapel.

Historical development of the construction 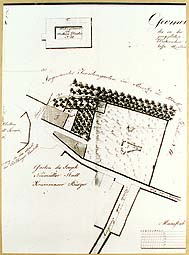 The chapel was built as a wooden cemetery chapel in 1585 together as a part of new graveyard which was to replace the old one at St. Vitus Church (see History of Graveyards in Český Krumlov). A new chapel was to be built in 1618 but the construction was interrupted by the estate insurrection and the construction material was rather used for the Castle fortification. The construction was then launched again after 1717 together with a chapel on Křížova hora (Cross Hill). A shelter for the ill stood right beside the chapel which was used by the Jesuits as their sanctuary. The main altar from 1763 is a masterpiece of Josef Muck, a sculptor from Český Krumlov, and painters Josef Putz and Christoph Anneis. St. Martin's altar is supposedly a masterpiece of Bedřich Kamarýt (1831-1911), a painter and cleric from Velešín. A Rococo pulpit was created by a painter and carver Anton Leyer. Side altars were consecrated to St. Johann Nepomucensis and to St. Anna. The graveyard closed down in 1892 and became a Town park in 1909. 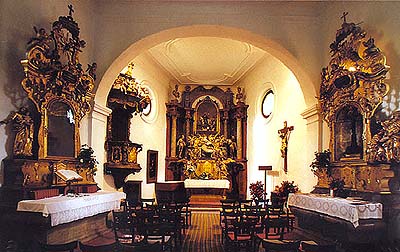 Current Utilization
Since 1969, the chapel has been used as a seat of the Czech Hussitic Church Chorus. Occasionally, spiritual music concerts take place there. 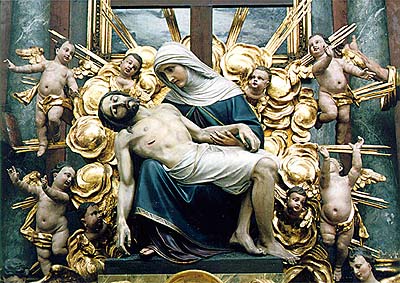