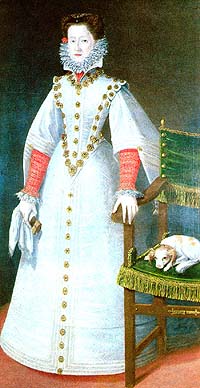 On several houses in Český Krumlov (for example Horní No. 154) we can find a heraldic symbol of a buffalo head in the middle of a gold field. This was the symbol of the renowned Czech and Moravian aristocratic family of Perštejn. The symbol is mostly in alliance with the coat-of-arms of Wilhelm von Rosenberg, as it was owned by his fourth and last wife Polyxena - maiden name of Pernstein. They married in January 1587 in the Rosenberg Palace on the Prague castle. When Wilhelm died in 1592 Polyxena, a daughter of Vratislav of Pernstein, married Zdeněk of Lobkovice. 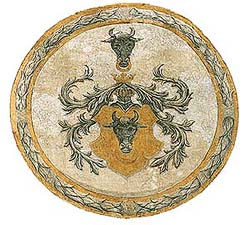