Karel Bonaventura Buquoy devoted his life to military service. In 1681 emperor Mathias von Habsburg entrusted him with command of the imperial army that was to suppress an uprising of the Czech aristocracy. He also led the imperial army on 8 November 1620 in the battle of White Mountain. In 1620 the emperor Ferdinand II. von Hapsburg presented him with the Nové Hrady, Rožmberk and Libějovice estates for his great service and success in defeat of the Czech aristocracy. He died during a siege of Nové Zámky in Uhry where he was fatally wounded. After his death his wife Marie Magdalena from Biglia took over the care of the family possessions. 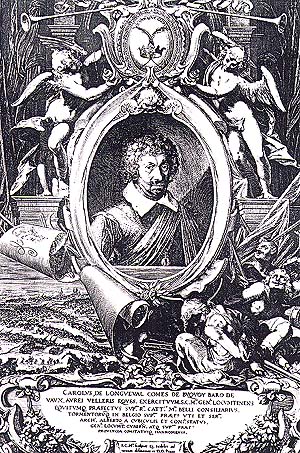