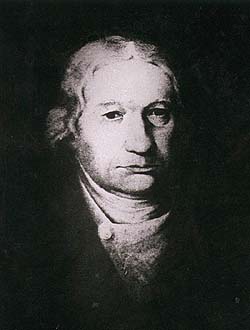 He came into service of the Schwarzenbergs as an apprentice of the head of the Červený Dvůr pheasant hunters in 1748. He started his career in 1759 in the post of a lower forest officer. After finishing his studies in Vienna, he attained the title of princely engineer of the Schwarzenbergs in 1771. In 1774 he became a provincial surveyor. He was appointed to the directorship of boat transoprt of the Schwarzenbergs in 1791 when the first part of the Schwarzenberg navigational canal was put into operation. The construction of this canal started in 1789, its designer being Josef Rosenauer. In addition to this most well-known construction, Josef Rosenauer also directed a canal for wood transport on the Aist river in Upper Austria, and he also designed the Vchynicko-tetovský canal. He wanted to modify the Vlatav River bed under the Devil´s Wall (see Rock Formations Čertova stěna and Luč) for wood transportation, but that project remained unfinished. Rosenauer drew the projects to his water constructions himself, and some of them have been preserved. There are two memorial tablets on house No. 118 in Chvalšiny, one of them dated 1928 and the other from 1991. Josef Rosenauer owned a house at Latrán No. 54 in Český Krumlov.