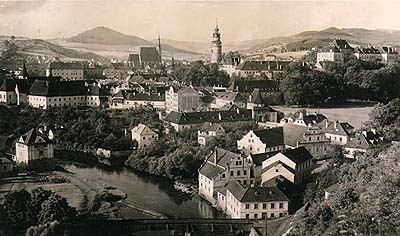 Arnošt Porák was one of the most significant entrpeneurs in the region because he operated graphitic mines in the Český Krumlov area. He is also credited with the development of the paper industry in the Český Krumlov region, as in 1885 he established a paper mill in Loučovice that focused on the production of cellulose and paperboard and especially on wrapping paper and paper napkins. In 1909 - 1911 he built electrified railway for the use of his paper mill. He also was one of the most important people of the Czech element in Český Krumlov. Together with Ignác Spiro he is credited with developing the employment of many of the region\'s inhabitants.