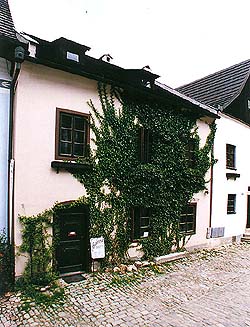 Description of the Building:
One-storey building with a non-sectioned facade, covered with a shingled roof parallel with the street. The rear facade has a wooden corridor, and on the ground floor is the former town wall.

Architectural and Historical Development:
The building was created in the late Gothic period, and is first mentioned in 1526. The present appearance is a result of Renaissance and Classical adaptation.

Significant Architectural Features:
The left part of the ground floor is barrel vaulted with trilateral sectors. 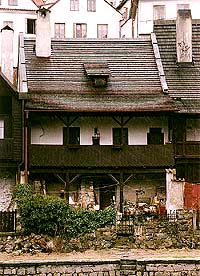