The Extinct Parish of Rychnůvek

Rychnůvek used to be a seat of the parish and later the deanery, too. It was located in the area near Vítkův Hrádek (Vítkův Redoubt) on the right Vltava riverside. The settlement was mentioned in the Rožmberk feudal land and duties register dating from 1379 for the first time. Six country estates are said to have been there. However, the settlement was probably established in the 13th century on the trading line leading from Haslach (Austria) to Frymburk. In 1384 the local church of St. Wenceslas was indicated as the parish. The original German name had been renamed into the Czech language - Rychnov in the 14th century, and later it was given a name Rychnůvek. German denotation Rychnov and Rychnov near Frymburk appeared in previous times. After the Germans had been evacuated, the Iron Curtain was pulled down and the district was depopulated and devastated step by step. The decanal church of St. Wenceslas was blown up by the special wrecking crew of Ministry of the Interior on 9 June 1959. Many other houses had been demolished before. A simple wooden cross replaced the church. On 10 August 1991 Horst Prieschl, a clergyman, celebrated mass again for the first time since 1959. 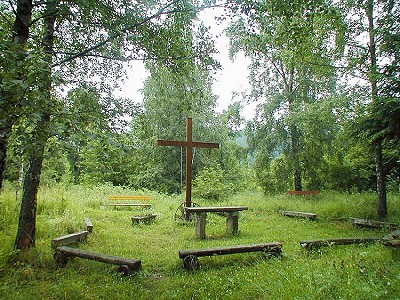 There used to be 178 farmsteads in 16 districts and settlements in Vítkův Hrádek (Vítkův Redoubt) estates as it is mentioned in the Rožmberk feudal land and duties register dating from 1379. Any of those districts and settlements do not exist any longer. Nowadays the whole locality is included in the district of Přední Výtoň administration. The glass works of Glashut ranked among the districts in 1379. It is interesting that both other feudal land and duties registers dating from 1515 and 1590 mention less farmsteads than in 1379. Rychnůvek used to be mentioned as a little town thanks to its spacious village green. There was a post office from 1893 which also ensured people transport. After the year 1918 there were three cattle merchants, three pubs, two barrel houses, two food shops, two grocer´s shops, two barley-dealers, two baker´s shops, a cart-wright, a watch-repairer, two shoe-makers, two newsagent´s, two millers and saw-makers, a hammer-smith, a midwife, a merchant with goods made of horsehair, a four-class school which was attended by 200 pupils from several near-by villages. 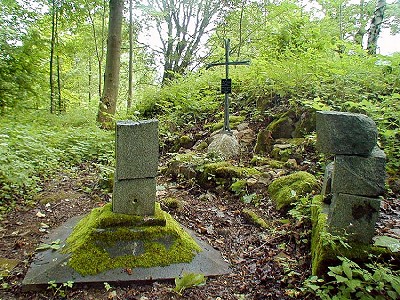 The Gothic church dating from 1673 was being restored. The restoration work was very extensive. A four-floor tower abutted on the north-west corner to the nave. The roofing of the nave and presbytery was made of roofing tiles and the roofing of the tower cupola was iron-plate. The whole church interior was in the late Renaissance style. There was a double altar. The white altar in the Rococo style, partly gilded in the front, and the late Renaissance style altar behind it. There was a painting of St. Wenceslas´ assassination in the middle of the altar. Gilded sculptures of St. Vojtěch, Ludmila, St. Wenceslas and St. Ivan were displayed next to the altar. There were two wooden shrine altars dating from the late 18th century. The wooden Rococo style pulpit with a relief of St. Joseph and a sculpture on its cover. There the only Gothic style piece (113 cm) dating from the 13th century. A pair of organ is in the Rococo style. In 1738 the church was promoted as decanal. 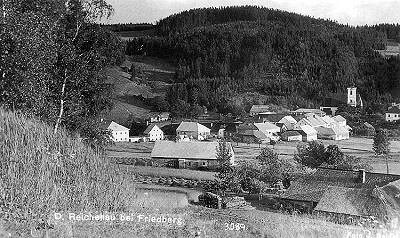 After the year 1851 the whole area was included into the district of Vyšší Brod. Before that the whole area had suffered from the state of isolation. Suitable communication was sharply needed. If people wanted to travel by train, they had to go on foot to Haslach or Aigen (Austria). Contacts with Bohemia side were even more difficult. Antonín Měsíček, a commander of the Rychnůvek police station was assassinated by the members of Freikorps on 21 September 1938. The parish was included in Hitler´s Reich on the Münich Agreement. From 18 July 1939 it was transferred from the district of Vyšší Brod to the district of Rohrbach (Austria). Sixteen settlements were included into the parish of Rychnůvek until 1945. 2,100 residents lived in 420 houses there. In Rychnůvek there were 54 houses and 410 residents. On 7 May 1945 the whole area in the size of 5,211 hectares was singled out from the district of Rohrbach and included into the district of Kaplice. Between 25 April and 15 November 1946 1,494 Germans had been evacuated from the parish of Rychnůvek, and three years later 250 native Austrians moved to Austria. In the early 1950´s the area became a restricted borderland zone. The local villages were purposively liquidated. The border guard was in charge. After November 1989 the situation became more relieved. The barber-wire zone vanished. Nowadays there is only a bare hint of the settlement in the almost deserted area.

Further information:
History of the Vyšší Brod Region
The Extinct Parish of Kapličky
Vítkův Hrádek
Ecclesiastical Objects in the Český Krumlov Region
Přední Výtoň
The extinct communities and settlements in the region of Vyšší Brod