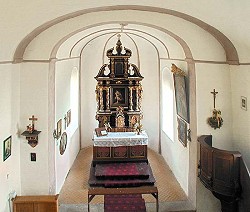 The Vyšší Brod settlement passed off according to the certain customs and rules. The first settlement was usually established along the terrestrial way avoiding mountains and swamps. Mostly they led through plateau where horses could beat down the path easily. When it was necessary to cross the Vltava River, they descended into river valleys where the ground was hard, boggy and full of boulders. There was an ideal ground on the hill-top (today´s Malšín) where the terrestrial ways leading from Vyšší Brod and Frymburk were contiguous. The location was called Tumberg - a watch-tower since time out of mind. In 1901 the Cistercian monk of Vyšší Brod, historian and monastery keeper of records Valentin Schmidt recorded that the Vyšší Brod trail was already used by the Markomans.

We can assume that the location where the two terrestrial ways were contiguous was definitely settled before the year 1250, because The House of Vítkovci made some written documents. Here on the hill-top with a long-distance view they watched over the strategic area leading to the ford called Zátoň. There has been a church and an Ostrovské provost´s residence in Zátoň since the 11th century. It is very possible that there had also been a little wooden church besides the permanent settlement. When the little wooden church ruined, it was replaced by the new stone one. The sacristy in the church of Malšín shows that the first written statement referring to the foundation year do not have to be merely. The written document mentioning the Church of St. Markéta dates back to 1339 and the sacristy dating from the second half of the 13th century. 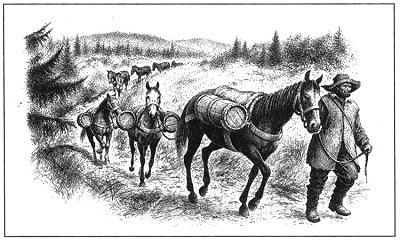 We can only guess the watch-tower appearance and try to draw up its look from the description of similar watch-towers in the surroundings. Valentin Schmidt made a description of a very similar watch-tower dating from 1198, situated in the terrestrial trail leading from Frymburk. The bottom part of the quadrangle tower was built from stones with no windows. There was a wooden additional storey above the stone structure. Some watch-towers situated along the terrestrial trails of Prachatice have an analogous description. The fortified settlement of Zátoň had an oval platform in the size of 50 x 27 metres and a stone tower with a square ground plan at the side of approximately 8 metres. 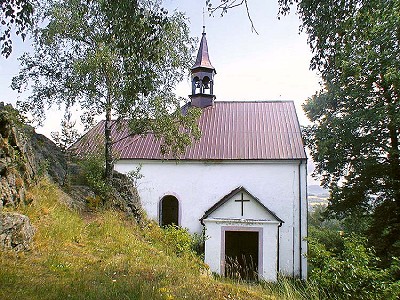 A current occurrence gives an account of the strategic location of Tumberg. There has been the festive outside artificial lighting at the Parish Church of the Holy Christ´s Heart of Malšín since May 2001. When I was driving from the Austria state border to Studánky, I saw the beauty of the lit church. It is necessary to add that the terrestrial trail leading from Linz to Vyšší Brod, and across the Vltava River to Tumberg led through it many centuries ago. It is possible that due to such an advantageous strategic location the guards were given a signal of beast of burden caravans approaching. Jiří Andreska says that the way from Linz leading through Vyšší Brod and Tumberg was already used in the period of the Romans. Raffelstett customs regulations dating from 906 mention: Slaves, horses and wax were carried from Bohemia to Podunajský market in order to be exchanged for other goods, usually salt.

Further information:
History of the Vyšší Brod Region
Malšín
Frymburk
Vyšší Brod
The Settlement of Vyšší Brod and surroundings in second half of 13th century