History of Collecting and Museums in the Český Krumlov Region

The museum collections in the region started in the 19th century. The godfathers of this activity were the representatives of nobility.

The Buquoys - for example - in the fifties of the 19th century - already established a family museum in the part of their Rožmberk nad Vltavou Castle. They wanted to show to the visitors the old tradition and merits of their family. The family museum of the Buquoys has been altered very little and therefore it enables today's visitors of Rožmberk nad Vltavou to appreciate the value of the collected objects and the romantically arranged interiors.

The Schwarzenbergs in the 19th century can be merited with saving many historical objects - their collection and conservation, namely count Adolf Josef (1832 -1914) was a renowned collector and a patron of arts and letters. He co-operated in the registration of the historical objects with scientific institutions, supported the establishing of the museum for the diocese in České Budějovice and thanks to him, many religious and other objects were preserved at the Český Krumlov castle. Most of these collections were placed in the so-called "Romanesque Chamber". From there many items have been put in the care of the regional District Museum of National History in Český Krumlov after 1945.

The tendency for collecting can be traced back to the end of the 19th century also with citizens, particularly in Český Krumlov.

In 1891 the regional newspaper (Deutsche - Böhmerwaldzeitung) came up with the first proposal to establish a museum of industrial arts and trades, and to enliven the interest of the wide population for art and historical monuments. In 1892 a committee for the foundation of the museum was set up. But the museum was established many years later, in 1916. The collections have been moved several times and after the second world war not much was left. In spite of that many precious items (for example gingerbread forms from the 17th and 19th centuries) have found a home after the end of the second world war in the new museum of Český Krumlov, which was set up in 1946. 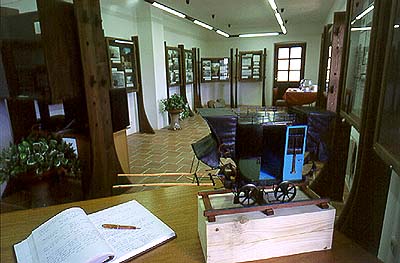 Collecting and other museum activities can be traced in other places of the region in the first half of the 20th century.

A school museum of Natural History was mentioned as existing in Kaplice since 1921. The collections also contained guild documents, guild tankards, ceramic dishes and tiles. These objects were transferred to the new museum of the Kaplice region after 1945 (since 1952 located in Rožmberk nad Vltavou) and after 1960 to the Regional Museum of History and Geography in Český Krumlov.

In 1921 a German museum association was founded in Horní Planá and it opened the Šumava museum (Böhmerwaldmuseum) in 1922. The museum was closed in 1945 and its collections handed over to other museums in 1949-50 (Český Krumlov, České Budějovice, Praha). (Former Šumava Museum) 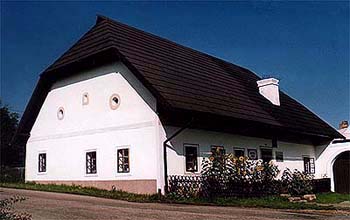 An exhibition of natural history took place in Frymburk in 1923, which gave the impulse for creating the civil museum. It opened its door in 1928. The American army confiscated the museum in May 1945, and gave it back to the Czechoslovak authorities. The collections went to the new museum of the Kaplice region and in 1960 were taken over by the Regional Museum of History and Geography in Český Krumlov.