The first prints in monasterial library in Vyšší Brod 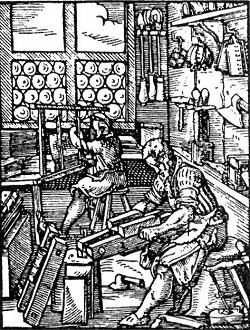 When Johan Gutenberg from Mohuč, nee Gensfleisch, printed his famous forty two line bible, nobody knew what invention was born. Around the year 1450 he was printing first books from frame by letterprint with exchangeable metal letters, molten from matrix. Books, which were printed in period 1535 till 1540, are called the first prints. These first prints essentially influenced the whole advancement of civilization and education. Let's peep story of the first-prints of Vyšší Brod Cistercian monastery. It is highly appreciated in Czech Republic as well as abroad. The Vyšší Brod library owns after those in Strahov and Teplá monasteries the third largest collection of the first prints in Bohemia.

The majority of the first prints became a part of Vyšší Brod monasterial library already in 15. and 16th century as a living literature. However there is a documentation, that the first prints were getting to library in 18 and 19th century as subjects with considerable collector price. The oldest preserved first-print in Vyšší Brod monasterial library is Thascius Caecilius Cypryanus: "Opera (Venetils) Vindelinus de Spira" from the year 1471. In years 1753 till 1755 let the abbot Quirin Mickl build for library an independent auditorium, decorated by oblates. This studied abbot and bibliographer paid an uncommon care not only to outer decoration of library, but above all to its filling. He established the first regular librarian dr. Quirin Gaver from Ehrenberg. The first-prints, that have already been at that time highly appreciated, got new bindings and were marked with a stamp "Bibliothecae Monasterii Altovadensis". The first prints were placed along with other prints systematically according to branches. Their author's catalogue was made by the historian and later Prof. and vice-chancellor of Charles university Xaver Maxmilián Millauer in the year 1812 (in his 28 years). The book catalogue contains 772 printings printed till the year 1535, therefrom 199 first-prints printed till the year 1500. 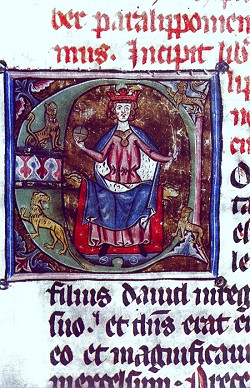 Thereof, that every first-print was not recognized and came into a library after a year 1812, witness accessories into catalogue and today's state. In the year 1836 was made from former cassock lecture-room, which is contiguous to library, a room for first-prints, where they were detached and placed together with manuscripts and portable library. Then librarian and keeper of the records Siegfried Kuhewel (+1853) ranged the first-prints chronologically and created the independent sector of library, marked according to cases 51 to 53, where were stored prints till the year 1539. In the year 1882 were in Vyšší Brod monasterial library 1.266 first-prints, therefrom 261 first-prints were published till the year 1500. In the first-prints was interested a librarian and later prior Raphael Paul, who lived in years 1842 till 1900 and in the year 1926 Paul Krasnopolski, who mentions some first-prints, today missing.

As far as Vyšší Brod first-prints were not obtained for cloister directly, they come mostly from Šumava parsonages. So for example on 26. March 1524 entailed to a cloister his books the rector in Kapličky near Vyšší Brod Jan Hayn. Into monasterial library was also incorporated a library of hermits from Přední Výtoň, which catalogue from end of 15. or start of 16th century was preserved in manuscript of Prague university library. Because the library rose from practical needs, it is clear, that content of majority of first-prints is theological. Non-Latin first-prints are rare and from Czech first-prints there are in Vyšší Brod only two copies of the Prague Bible. Majority of Vyšší Brod first-prints came from workshops of printers in Augsburk, Basle, Koln upon Rhine, Norimberk, Strasburk and Ulm. Except for the German letterprint there are considerable represented Italian prints from Venice. In years 1950 till 1991 were the first-prints managed by the State scientific library and later by the Regional library in České Budějovice. In the year 1991 they were returned back to possession of Vyšší Brod Cistercian monastery.