Almost one million people lived in Bohemia under the rule of the Rosenberg dynasty.

Less than one third of the inhabitants, living in the Rosenberg estate in South Bohemia, was in its towns. In the past much fewer people than nowadays used to live in Bohemia. The population was increased by a gradual colonisation of the land, which was originally covered to a large extant by impenetrable virgin forests and swamps. The impact of war conflicts and disastrous epidemics always caused a decrease of habitants.

This development is supported by the materials in the numerous valuable archives. At the beginning of the 16th century, more than 11,000 people had permanent residency in the fifteen large Rosenberg estates in South Bohemia, on their Moravian and Silesian lands and in Praha's surroundings and church estates, where the rulers' right of dominion was effective. The rough estimate of the entire number of the serfs to the Rosenbergs, including the family members of independent farming people with permanent residency and their non-residential stable boys and girls, reached a figure of about 70,000. The estimation is, that in that time in the territory of Bohemia approximately between 1 - 1.2 million people lived. 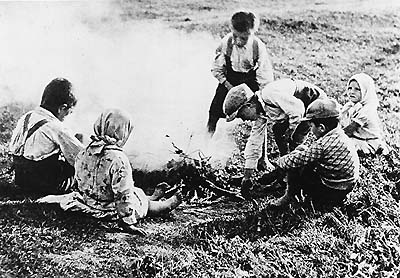 It then says, that roughly two thirds of that number of inhabitant lived in approximately 750 villages and the remaining one third (round 22,000 people) had domicile in approximately 3,700 households in 13 cities and 33 small towns. From those figures it emerges, that in those times one third of citizens used to live in towns.

The most populated city of that time was Český Krumlov, where in the year 1585 almost 2,000 town inhabitants with their families lived in 331 houses of the inner Old City, Latrán, Parkán, Rybářská street and Plešivec. In the year 1600, the number of houses increased to 336 and then there were roughly 2,100 people in the town.

At the beginning of 90's of the 16th century, the second most populated city in the Rosenberg dominion was Prachatice with more than 1,300 citizens. In the same time period, around 1,200 people with permanent residency used to live in Netolice, and approximately 1,100 in Soběslav. In Vimperk, there were around 1,000 habitants and just a little less in Kaplice. Roughly 800 people lived in Třeboň at that time.

According to the censuses, which were preserved for Prachatice, Soběslav, Lhenice, Lomnice nad Lužnicí, Mezimostí and Ledenice, the authors of books estimate that the population of the Rosenberg cities and little towns was comprised by almost two thirds of inhabitants in the full productive age between 15 - 49 years old. Children of the age until 14 years old made up more than one third of the town population. It is certainly interesting that, in the 80's and 90's of the 16th century, the number of children in the inhabitants' families residing in the Rosenberg dominion varied from one to three. Under the last Rosenbergs' rule, there were almost no men and women off a productive age, i.e. people over the age of 50. The length of a human life, when compared to nowadays, was very short at that time and even the child mortality was very high. 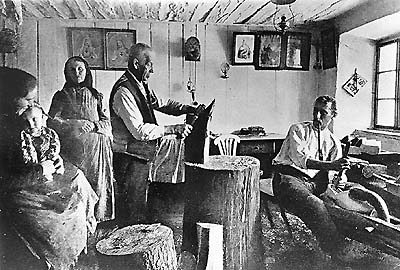 The destructive Thirty Years' War did not make an impact on the town of Český Krumlov. It is supported by the reality that in the middle of the 17th century, there were 349 Renaissance houses and just four of them deserted and four destroyed by a fire. The number of inhabitants, by comparison with the number round the year 1600, remained almost the same.

To better understand the described period in Czech history in the South Bohemian region, there is a rewarding mention of the important denomination of the inhabitants of the Rosenberg estates. It is stated that population of the Catholic religion dominated at the end of the 16th century. There was a rough estimate of 40,000 alone in the Peter Wok estate. It is interesting that part of them were the Utraquists still under the Catholic faith! There are no references to religious intolerance. The Utraquists and Catholics used to live together in small villages, where a Catholic priest officiated at both divine services. There were approximately 60 occupied parsonages noted in the Rosenberg dominion at that time. Nevertheless the western part of South Bohemia was under the strong influence of the Czech Brethren. The important effect of this religion started even in the Rosenberg estate. There the Czech Brethren had the best conditions under the ruler Peter Wok. He, himself was its passionate supporter. The Rosenberg archivist Václav Březan also declared his support to this religion. Peter Wok was an advocate of religious tolerance and respected person's right to freely choose their own denomination.