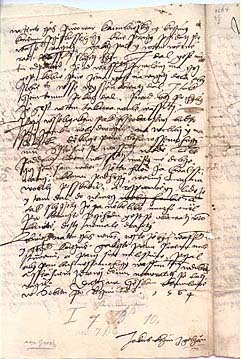 He came from a not-very-wealthy squire\'s family. At an early age he entered into the service of the Trčeks from Lípa as their economic custodian. In 1561 he began to serve Wilhelm von Rosenberg where he acquired the post of custodian of the Rosenberg estates. He became famous as a very enterprising economist and pond builder, following his predecessor Štěpánek Netolický. He built among others the Svět and Rožmberk ponds in the Třeboň region as well as a system of canals and drains that brought water to all parts of the pond system. In accordance to his project a new so-called Nová řeka (New River) was built that took water from the Lužnice river to the Nežárka river. He spent the remainder of his life at his fortress in Křepenice.