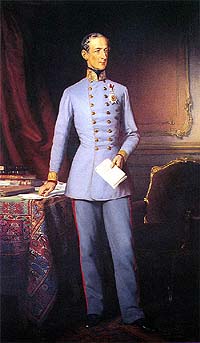 Already from his youth, Felix zu Schwarzenberg began to dedicate himself to a military and diplomatic career. From 1824 he served in the Austrian diplomatic service in Petrohrad, London, Paris, Berlin and Rio de Janeiro. In the 1840\'s he was a minister in Italy which was no esy task, as nationalistic forces fighting for the unification of Italy were strengthening at those times. In 1848 he was appointed governor of Milan. In October 1848 he was appointed Prime minister of the Austrian government and he struck very hard and energetically against a revolution in Italy as well as in Uhry.