The last abbot of the Cistercian monastery in the township of Zlatá Koruna, Bylanský was one of the most remarkable abbots of the clergy. He entered the clergy in 1743 after finishing his studies of philosophy in Passau. He graduated with a doctor of philosophy in the Prague Bernardine and in 1749 was consecrated a priest. He was elected an abbot in 1755. The monastery was in debt at the time, but Bylanský, with the help of secretary Bohumír Wimmer, managed to clear it. He was quite interested in economy, and he endeavoured towards many innovations. He founded a fruit tree nursery, he bred exotic sheep, and he established the professional cultivation of clover, hop-plant and the processing of flax. He appreciated one innovative branch in particular, silkworm breeding, and he had mulberry trees planted on all monastery farms. 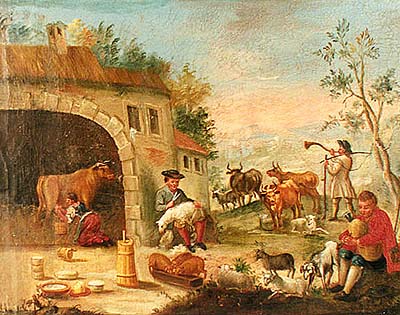 Bylanský´s interest in natural science was reflected in the building of a small observatory on a slope behind the monastery. He improved the closest surroundings of the monastery with a bird cage, a pheasantry and a preserve for boars and stags in a forest on a hill opposite the monastery, and he also had a path built along the river for strolling. An abbey garden was also built in English style. Work, as well as resting, was meant to lead to a spiritual life, so a sculpture of Diana was placed in an alley by the preserve, Parnas with the Muses in the garden, and a sculpture of Pallas Sagatty in a new vineyard - in these sculptures, Bylanský saw the representations of three spiritual paths: purity, enlightenment and unity. Abbot Bylanský always stressed temperance, asceticism and meditation, as it was, in his opinion, in anticipation of exemplary monastic discipline. A visit to the order in 1763 found everything in the monastery to be in order. The abbot was also responsible for Kájov village, where nearly every week, he went and extended the number of vocal masses to 1500 per year. In 1771 he was honoured to be sent with the abbot of Žďár to personally attend the general capitula in Citeaux as a representative of the Czech and Moravian order province. The improving economic situation was also reflected in the decoration of the monastery buildings. Many rooms were newly painted, and a library hall that had been complemented for theological literature by Bylanský was decorated with stucco and fresco. 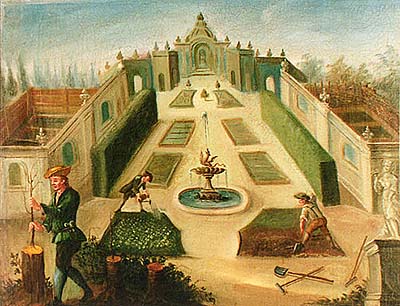 In the early 1770\'s the monastery church was newly decorated. The whole presbytery, including the main altar, was furnished while two side chapels were annexed and two paintings by Ignác Raab were acquired.

In 1772 the abbot established an ordinary primary school in Zlatá Koruna. The language of education in this school was Czech, and the main educational method was object teaching. For this way of education they used 69 pictorial boards from natural science, history, geography and the Bible (so called "orbis pictus"). These were inspired also in the work of Jan Comenius and were very rare works. Collections of minerals, plants and animals were also established in this school, while stereoscope, mathematical equipment, microscopes, telescope and magnets were available for the experiments in physics. Music was also very intensively taught in the school. They played plays that were exercises as well as fun for pupils. Practice such as fruit growing, silkworm breeding, flax procession, house work etc. had a very special place in the educational system of this school. Friars and people working for the monastery taught in the school. Bylanský also supported asylum for the poor people that the Buquoys had established, and endorsed the possibility of partial redemption from bondage. 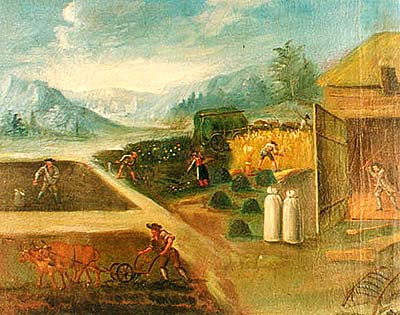 The abbot always tried his best to satisfy the wishes and orders of emperor Josef II, as they were, according to his own words, "in accordance with his taste and opinion". This certainly did not include an order from 1785 that dissolved the monastery in Zlatá Koruna. Prince Johann von Schwarzenberg extended asylum to Bohumír Bylanský on his Chýnov castle near Tábor where the abbot died in 1788 and was buried in the Chýnov dean church.