Description of the Building :
Ground floor building on the side of a hill with a styleless facade. Ground floor and basement layout with middle hall and sideways rooms in two wings. 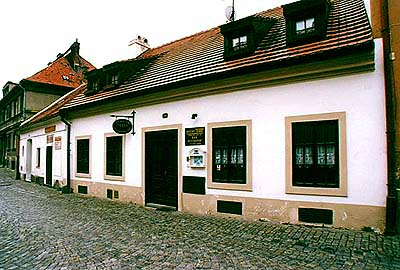 History of the House Residents :
In 1781, Řehoř Kitzberger bought a barn of similar construction from Kašpar Sixla, gained a civic claim and apparently built the house there. In 1787 the ownership of the house was transferred to the Kalistů (František and Josefa) family, who resided in the house until 1832. In 1830's, Peter Baumgarten inhabited the house, followed in 1836 by Matyáš Schuster, who resided the house at least until the 1840's.