This originally French aristocratic family came to Bohemia shortly before 1620. The first person to settle in Bohemia, which was at that time shaken up by the Rebellion of the Estates, was the commander of the emperor's army, Karel Bonaventura Buquoy. For his honoured services in the defeat of the Bohemian Rebellion of the Estates, emperor Ferdinand II. von Habsburg gave him the Nové Hrady estates in 1620, the castle of Rožmberk nad Vltavou, Libějovice, and the fortified settlements of Žumberk and Cukenštejn. These estates remained in the family up to 1945. Another well known name of this family was Jan Nepomuk Buguoy (1783-1834), who set up houses for the poor and sick on his estates. The establishment of an exemplary school in Kaplice was also his work, it was run by abbot Ferdinand Kindermann. (School in Kaplice)

The recognition of economical development of the Buquoy estates and especially the glass works of Nové Hrady, is due to Jiří František August Buquoy (1781-1851). Ludvík Arnošt Buquoy (1783-1834) was a well known artist and a landscape painter during the first half of the 19th century. Also Jiří Jan Jindřich Buquoy (1781-1851) got himself noted in the family history by taking over the family estates and by noticeably altering and rebuilding the Rožmberk nad Vltavou Castle, giving it a romantic feeling, and converting it into a distinguished family museum, which was supposed to show to the visitors the ancient and noble birth of the family. Karel Jiří (1885-1951) was the last of the Buquoys in Bohemia. Although he, as a member of the SdP did not during the World War carry out any politic activities, Karel Jiří Buquoy was arrested in May 1945, accused of the collaboration and loyality to the Germans and sentenced to seizure of his property and a heavy prison, where he had died in 1952. 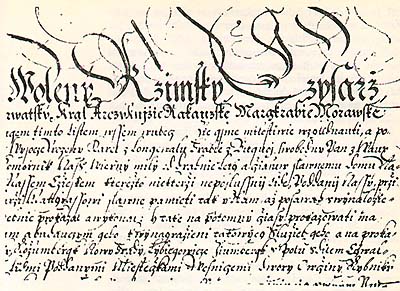 The Buquoy Emblem
The emblem of the originally French Buquoy family, has an interchanging diagonal red stripes with stripes covered in miniver (squirrel's fur). The treasure of the coat-of-arms was a flag with the same motive.