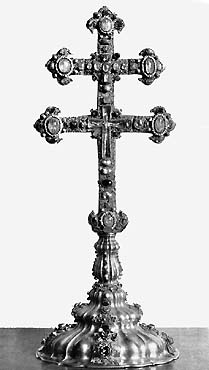 He was one of the most significant members of the Český Krumlov branch of the Czech aristocratic family of Vítkovci who owned a fair part of South Bohemia. That didn\'t please the Czech king Přemysl Otakar II. very much, so he established the town of České Budějovice and the monastery Zlatá Koruna right in the middle of the Vítkovci estates. So Záviš began to lead a revolt of the aristocracy. When Přemysl Otakar II. died, Záviš married the widow Kunhuta, thus becoming the tutor of the future Czech king Václav II. He was later accused of an effort to usurp the royal throne and was executed in front of the castle Hluboká nad Vltavou on 24 August, 1290.