Born in Prague into a clerical family, from 1918 to 1934 he worked in the press service of the German embassy in Prague. From the end of the twenties he always spent several holiday weeks in Zvonková. And then every summer from 1933 until 1938. There he drew the motives for his short stories from Šumava. His short story Der Trauermantel ("The Blackcloak Man", published in New York in 1945) is about the childhood of the writer Adalber Stifter from Horní Planá. The short story Grenzland ("On the Border", 1955) is about a young girl with magnificent abilities but ends tragically - the story is situated in Zvonková and surroundings. Urzidil emigrated to England in 1939 and later settled in the United States of America. In Czech was published: "U hranic" (On the border), "Kde končí údolí" (Where the valley finishes), "Poslední host" (Last Guest), "Černopláštník" (Blackcloak Man). 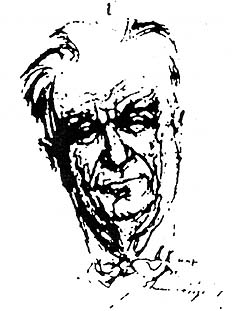