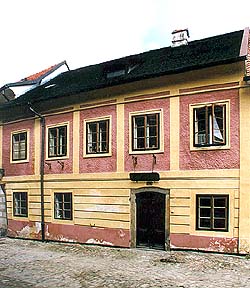 Description of the Building:
One-storey building with a classical facade, built some time after 1800 and covered by shingles.

Architectural and Historical Development:
The building was created in late Gothic style. The first report about it is from 1519. An illogical, narrow front wing leaves us to guess about the original building in the area of the rear wing. Probably during the Renaissance period a deepening was carried out. Apparently the right part is younger, like the left part of the house Parkán No. 105. Around 1800 a Classical adaptation of the facade, and possibly the first floor, occurred.

Significant Architectural Features:
Rooms on the ground floor are barrel vaulted. The Classical facade is valuable. 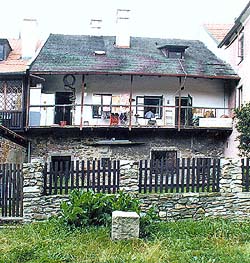