History of Taverns and Pubs in the Český Krumlov Region 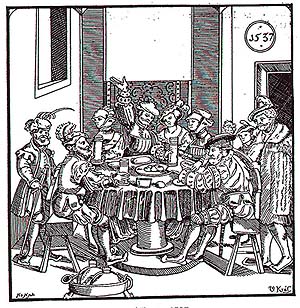 The history of taverns and pubs, as important economical institutions as well as institutions for communication, which purpose remains until nowadays, can be - as well as in many other cases - followed up with more details first from the middle of the 16th century. That time the ingenious net of manor breweries in the entire South Bohemian dominion of the Rosenberg dynasty already existed. Two kinds of pubs were supplied. There were more luxurious guesthouses (for example: "U Podlahy" (At Podlaha's), Náměstí Svornosti No. 7 or "U Mazouchů" (At Mazouch's) in Český Krumlov) and the regular pubs with the right for drawing beer, where the daily work routine of many people living in bondage ended up. The number of those did not vary too much until the 18th century.

From the second half of the 16th century, there were four noble breweries in operation at the Český Krumlov estate (the estate had a slightly different area than the region today). Two breweries in Český Krumlov supplied beer to almost hundred of regular taverns spread within a ten kilometre distances from the city. The brewery in Černá provided 62 pubs with beer and the brewery in Plavnice supplied 21 taverns. At that time the brewery in Kaplice and Benešov (nowadays the Český Krumlov region) provided another 37 pubs with beer, both belonged to the Nové Hrady dominion. 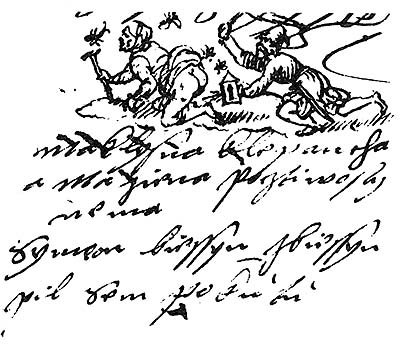 At least one pub existed in every second village of the estate since the 16th century. If it happened and a visitor of that time appeared in any place, he would not have to pass more than 10 kilometres to reach the next pub. Roughly each thirtieth provincial landlord (the owner of a ground) was an official saloon-keeper and each rural pub received almost a hundred inhabitants. Most of the villages had only one pub. Just some of them had two (for example: Ktiš, Polná, Zátoň or Brloh) and more (for example: four pubs used to be in Světlík). The border locations were a hive of activity, not a romantic sleepy atmosphere at all. The ethnic bulk of the population there was German (Cetviny, Dolní Vltavice, Frymburk, Horní Planá, Rožmitál, Rychnov nad Malší). Almost all places had a function of a trade point on routes with a lot of traffic. That was why they were properly equipped with guesthouses. 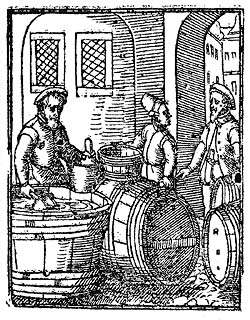 Cities, the residential Český Krumlov primarily, and little towns used to be more rich in pubs than provinces. Each eighth or ninth house used to be a pub and one pub received approximately 60 citizens. It is according the oldest information. One of the most famous guesthouses from the period of the last Rosenbergs (1551 - 1611) was the house Náměstí No. 7. It used to be called "U Podlahy" (At Podlaha's), no matter what the name of its real owner was. Various visitors of noble rank from the diplomats, aristocrats, artists, adventurers and alchemists used to go there. A regular pub used to be a part of the family life and their privacy and "going to a pub" basically meant to pay a visit to the neighbour. This habit has been kept in certain villages until nowadays. They used to drink inside the house as well as in front of its doorway, in the so-called "front little garden". The staff of a pub usually consisted of family members and the taproom was mainly managed by the owners' spouse. The composition of visitors used to be varied, from the lower aristocracy, clergy, middle classes, to peasants and people on the edge of society, those, who found a convenient shelter in some pubs. The ethnic, language, social and age variety of pub's attendants naturally indicated a diversity of the communication between guests and staff. One of the traditional features of the central European culture and its traces (better noticed by foreigners) can be easy identified until nowadays in the basic purpose of a pub visit - so-called "drinking".